Amphetamines are a dangerous class of drugs that are widely abused by college students, business professionals and others. These drugs can easily be acquired by prescription and are widely prescribed for the treatment of childhood hyperactivity, narcolepsy and weight disorders such as obesity. When amphetamines are abused, the risk of amphetamine addiction is greatly increased. 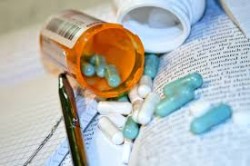 Amphetamines are dangerous and can lead to addiction when abused.

Amphetamine addiction can begin with a single use of a drug that leads to a desire to do it again and again or it can begin as a result of taking the drug to control a disorder such as narcolepsy or obesity. Most often, amphetamine addiction is the result of recreational use of the drug but there are some cases in which the drug use begins legitimately and ends in addiction.

The user generally takes the drug here and there, to stay awake or feel more alert at first. Eventually, a tolerance develops making it difficult for the user to feel the effects of the amphetamines and the result is a desire or underlying urge to use more and more in an effort to produce similar effects. This tolerance is the early stage of addiction, although most users don’t realize this at the time.

Am I Addicted to Amphetamines?

Amphetamine addiction can lead to an array of consequences for the user. Not only is there the risk of death or amphetamine induced psychosis, other serious health effects may also arise as a result of prolonged or excessive amphetamine abuse. According to the Center for Substance Abuse Research, some of the most serious dangers associated with amphetamine addiction include:

Most people who are addicted to amphetamines are in a seemingly irreversible pattern of binging and crashing that takes over their lives. The abuse causes the user to consistently be in search of a way to produce the same euphoric effects despite the tolerance that grows with each successive use of the drug. As a result, the user will “binge” using amphetamines over and over again sometimes for a period of days at a time. When the amphetamine use stops, the user will “crash” or feel lethargic, unable to focus, tired and unable to function.

This binging and crashing cycle can lead to:

The binging and crashing is often responsible for an array of bad behaviors that the user will take part in all in an effort to get their hands on more amphetamines. As such, this addiction can ruin the user’s life and make it very difficult to cope with everyday activities or situations.

If you suspect that someone you know might be abusing amphetamines, the best thing you can do is seek prompt help. Treatment options vary depending on the severity of your addiction and various other factors. There are inpatient treatment programs, outpatient programs, support groups and other forms of help or therapy that can work to provide you with a foundation for recovery from amphetamine addiction.

According to Harvard Health, there are also drugs which have not yet been approved by the FDA but which may pose helpful in the treatment of amphetamine addiction. While these drugs have yet to be formally approved, they are being further researched for their effectiveness in helping patients who are addicted to speed and other amphetamines. Such drugs include:

Drug vaccines, though not approved in the treatment of stimulant or amphetamine addiction, are being reviewed for their potential effectiveness in reducing the pleasurable effects that these drugs can have rendering them no longer fun or enjoyable to use for recreational purposes. However, none of these drugs are yet approved and they are not provided to patients at this time. The only real treatment that is used formally throughout treatment programs that focus on helping users overcome amphetamine addiction is behavioral therapy.

According to Harvard Health, “various psychosocial interventions offer techniques to help addicts “unlearn” an addiction, learn ways to resist cravings, and slowly build a drug-free life.” Some of the behavioral therapy options that are commonly used in the treatment of speed addiction include:

Cognitive Behavioral Therapy or CBT, is a widely accepted approach to helping users overcome amphetamine addictions and to get their lives back on track. This method of treatment involves helping patients to recognize the situations or events that trigger their drug use and avoid those triggers to prevent relapse. It also focuses on providing users with coping tools that will help them to more appropriately react to triggers without the use of drugs.

Contingency Management is a method of behavioral therapy that involves providing patients with tangible rewards for good behavior. The user may get a voucher or gift card for staying clean and sober for a certain length of time, for attending therapy sessions or for another achieved goal in recovery. The idea here is to encourage abstinence and to help the user feel positive about things other than speed or other drugs.

The Matrix Model utilizes a series of therapy and educational techniques as well as randomized drug testing to help users overcome their addiction. The individual will receive behavioral therapy, education, and individual counseling and will also be required to participate in support groups and other self-help programs that will help them to stay on track and to recover from their addiction.

No single method of treatment is effective for every user. If you’re addicted to speed or if you think you know someone who needs help, don’t be afraid to make the life saving phone call now.