Crank is a type of methamphetamine that is generally less pure than crystal meth. This drug is often cut with another substance making it slightly less potent than methamphetamine but still equally as dangerous. One of the greatest dangers that arises from the use of crank is the fact that there’s no regulation on it and no real way of knowing what it is that you are using.

How is Crank Used?

Crank, like methamphetamine and many other stimulants, is generally snorted, smoked or injected. It can also be orally consumed or eaten but the effects of such user are generally reduced and the euphoria that results is minimized when compared to other methods of use. As such, most people snort or smoke the drug. 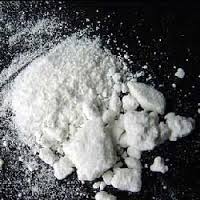 Crank is a type of methamphetamine that can be abused in several ways.

Snorting crank through the nose results in an almost immediate high. The drug infiltrates the mucus membranes within the nasal passages and is quickly released into the blood stream. From there it quickly travels to the brain producing euphoria, increased energy and an array of other effects.

Smoking crank produces a faster rush than snorting it and also leads to additional dangers associated with risk of overdose. The smoke quickly travels into the lungs where oxygen is then reduced causing a feeling of lightheadedness. From the lungs, the drug enters into the blood stream and produces additional euphoric effects.

The greatest rush, and the most grave danger, comes from using crank via injection. The drug is dissolved into water and then injected using a hypodermic needle. It immediately enters the blood stream producing euphoria and placing the user at increased risk of overdose and possible death.

Effects of Crank Use

According to the National Institute on Drug Abuse, crank will initially cause a rush, “but then users feel edgy, overly excited, angry or afraid.” Many of the effects of crank are short lived and the euphoria quickly turns to instability for the user as the crash sets in. Additional effects of crank use include:

If you suspect that someone you know is abusing crank, seek medical help immediately to prevent the array of consequences that comes with being addicted to this dangerous drug.

Crank, like other types of methamphetamine, can quickly cause physical and psychological dependence which makes quitting a difficult process. Crank addiction results when a user takes the drug repeatedly over a short period of time or when they use the drug excessively over a longer period of time. There is no safe level of crank use that does not place the user at risk—crank addiction can happen to anyone who takes the drug regardless of their age, sex, socioeconomic status or other elements of their life.

You may notice subtle signs of an addiction at first or they may be very prominent. Early recognition is key to getting the user proper help and to preventing the long term consequences and effects of the drug from potentially ruining the user’s life. According to NIDA, some of the most common signs of meth or crank abuse and addiction include:

Long term use of crank can lead to dependence which will likely cause withdrawal when the user attempts to cut back or quit taking the drug. Crank withdrawal is often the leading cause for a user to head back to their old habits and continue using—they may genuinely want to quit but because of the withdrawal symptoms that they feel when they aren’t using the drug it’s hard for them to quit.

Crank withdrawal symptoms may include:

These symptoms generally will go away with time as long as the user refrains from taking the drug again. Should the user take crank after overcoming the effects of crank withdrawal, the risk of becoming further addicted is heightened and the risk of the subsequent withdrawal being more severe is also heightened.

Calls to numbers on a specific treatment center listing will be routed to that treatment center. Calls to any general helpline (non-facility specific 1-8XX numbers) could be forwarded to SAMHSA or a verified treatment provider. Calls are routed based on availability and geographic location.