Crank, also known as speed, chalk, and meth, is a dangerous illicit drug. Abusers of the substance are likely to experience many different physical and psychological symptoms as a result of crank abuse. Even the most common side effects caused by the drug can often be dangerous.

According to the NIH, “Meth can make people hyperactive (full of too much energy). They might talk and move around a lot.” This symptom occurs because the drug is a stimulant; it causes a person to feel extremely energetic, excited, and wakeful. Although this side effect often causes people to take the drug in the first place, it’s also one of the reasons it is so addictive.

Crank intoxication can cause a person to constantly feel itchy, and they will scratch their skin constantly because of it. While this may not seem highly problematic, over time, this scratching can lead to skin disorders, severe acne, open sores, and skin infections. Many meth addicts have severely unhealthy-looking skin. 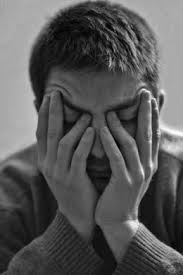 One common symptom of crank use is restlessness.

Meth users generally do not sleep because the drug causes such a strong side effect of hyperactivity. They experience a level of insomnia that can, sometimes, go on for several days or weeks depending on how often they abuse the drug. Meth intoxication also causes users to display strange movements, even “performing repetitive, meaningless tasks” or exhibiting facial or motor tics (CESAR).

As a result of the intense amount of activity and restlessness experienced by crank abusers, many sweat profusely. This is also caused because the drug increases a person’s body temperature, sometimes to the point where they pass out.

Crank suppresses a person’s appetite like most stimulants do. Individuals who take the drug regularly often do not eat which can lead to severe malnourishment and extreme weight loss.

Stimulant drugs cause pupils to dilate or become larger. Crank has this effect, especially when a person is at their most intoxicated.

Like other bodily functions, a person’s heart rate will normally increase as a result of crank abuse. This can lead to an irregular or pounding heartbeat and, when the drug is taken in high doses, stroke and heart failure often occur (NIDA for Teens).

Individuals high on meth often clench their jaws uncontrollably which can lead to a breakdown of the teeth and gums over time. This syndrome is called meth mouth and it is commonly seen in long-time crank abusers.

Users often begin to breathe more quickly when they are high on crank. This is also caused by the drug’s affect of speeding up bodily functions. Very rapid breathing or difficulty breathing may be a possible sign of overdose.

At any given time during a meth high, an individual could experience:

These intense emotions and their likeliness to change rapidly can cause an individual to exhibit extremely unpredictable behavior. The drug is dangerous because even someone taking it for the first time can become severely paranoid or hostile toward others, even if they were euphoric only moments before.