Speed is the street name used to describe a number of amphetamines including methamphetamine and amphetamine capsules or stimulants. This drug is sometimes referred to as ice or base. When it is taken via mouth or injected it produces euphoric effects that can lead to an array of potential hazards for the user’s health and safety.

Other Names for Speed 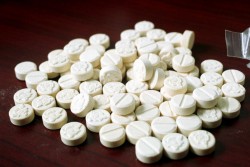 Speed is a tablet form of amphetamine or methamphetamine.

Speed is not the most commonly used term to describe this drug. Other street names for speed include:

According to the National Drug Campaign of Australia, speed can have an array of effects on the user. Some of the most common effects of speed include:

Using speed can lead to serious physical consequences, may alter the thinking in a way that leaves the user at risk of taking part in dangerous activity and may even lead to death. Some of the most commonly touted dangers of using speed or other amphetamines include:

Recognizing Signs of Speed Use

If you suspect that your loved one, a family member or a friend might be using speed, consider seeking professional help right away. Speed abuse can and often does lead to serious complications in health and in psychological well-being. Sustained use of the drug can lead to physical dependence and addiction that requires professional treatment in order to recover.

Pay close attention to the following signs of speed use and abuse:

Effects of Speed on the Brain

Speed use changes the way that the reward system of the brain reacts and responds to stimuli. As a result, users who take speed regularly are at risk of becoming addicted to the euphoric effects and stimuli response that occurs within the brain when amphetamine use takes place. Over time, tolerance will develop and the user will not be able to sustain the same level of euphoria without taking excessive doses of speed.

According to the Center for Substance Abuse Research, when speed is abused, it causes nerve cells in the brain and within the spinal cord to become activated and results in alertness. Unfortunately, continued or sustained use of the drug will lead to a reduced effect with each dose making it more difficult for the user to feel the same level of alertness and mental focus. The changes in neurotransmitters of dopamine and norepinephrine and the way that these chemicals are released within the brain can cause an array of side effects and long term complications for the user.

Effects of Speed on the CNS

The Central Nervous System is affected negatively by amphetamines such as speed. According to Neuroscience for Kids, “It appears that the main action of amphetamines is to increase the synaptic activity of the dopamine and norepinephrine neurotransmitter systems.” They can cause an array of side effects on the central nervous system including:

The effects that amphetamines have on the nervous system are much like the effects that cocaine and other stimulants have on the body. They are not only dangerous, they can result in an array of physical complications that are difficult to overcome or to heal from.