Methamphetamine is a dangerous, addictive drug that has impacted the lives of many people since the early 1900s. At this point in time it is illegal, but it actually started off as a legal, medically prescribed drug. Its potential for abuse was realized, and the drug became illegal in 1970. It is still sometimes prescribed for medical uses, and in those cases it is legal, but those cases are very rare. This methamphetamine history explains how the drug got to where it is today.

It Started with Amphetamine…

The history of methamphetamine begins with a Romanian chemist at the University of Berlin. Named Lazar Edeleanu, this chemist synthesized amphetamine in 1887. Meth derives from amphetamine, and would not be made possible without this discovery. According to The University of Arizona, however, amphetamine was not used clinically until the 1920s. At that point, Gordon A. Alles re-synthesized it and it became used to treat asthma, hayfever, and colds. 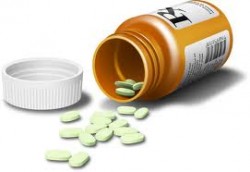 Meth was once prescribed as a medication, and amphetamines were also more widely prescribed.

Amphetamines were first mainly used as bronchial dilators in the form of an inhaler. Narcolepsy, obesity, and fatigue were also common uses of the medication. According to the Utah Department of Public Safety, non-asthmatics would remove inhaler strips wit amphetamine on them and soak them in their coffee during the Depression and Prohibition.

Methamphetamine was first synthesized in 1919 by Nagayoshi Nagai, a Japanese chemist. It is a variant of amphetamine that was synthesized from the precursor ephedrine. According to the Vermont Department of Health and other sources, it was not used much until World War II. At that time Japanese, American, English and German military forces began giving it to their personnel to promote endurance and keep off fatigue.

Methamphetamine was also given to Japanese factory workers to enable them to work longer hours. After the war, the Japanese government had large stores of methamphetamine that they made available in over-the-counter medications. According to the University of Arizona this is where and when the first meth epidemic took place. The Japanese meth epidemic peaked in the mid-1950s.

According to the National Criminal Justice Reference Service, the Burroughs Wellcome company introduced methamphetamine tablets to commercial markets in 1940. Under the name Methedrine, methamphetamine was prescribed for a variety of uses. Its use did not spread as rapidly as in Japan because it still required a prescription, whereas in Japan it was available over the counter.

It did not take long for methamphetamine abuse to grow in the United States and other parts of the world, however. The National Criminal Justice Reference Service (NCJRS) reports that “civilian use of amphetamine and methamphetamine began to escalate in the late 1950s and early 1960s with its appearance in other forms.” While these other forms (Dexedine, Dexamyl, Desoxyn and Biphetamine) were only available by prescription, they leaked onto the illegal market as drugs with abuse potential tend to do. According to the NCJRS, by the 1970s methamphetamines and amphetamines were the most widely abused drugs in the USA after marijuana.

Motorcycle gangs in the US are associated with the rise in meth abuse, and they are thought to have been primary actors in the drug’s distribution. However, until the late 1960s methamphetamine was used by many people for different reasons ranging from women looking to lose weight, truck drivers and college students seeking energy, and by others just to get high.

By this time, the methamphetamine abuse problem had grown so large that it became apparent something had to be done. In 1963 the US Department of Justice and the California Attorney General “requested that injectable ampoules of amphetamine products be removed from the market”, according to NCJRS. Soon after the 1970 Comprehensive Drug Abuse Prevention and Control Act classified amphetamine and methamphetamine as Schedule II drugs, and made methamphetamine illegal to possess without a prescription. In the following two decades prescriptions for amphetamines and methamphetamine dropped dramatically, which also meant that less of the drugs were diverted to the streets.

According to the Journal of Psychoactive Drugs, illicit methamphetamine use and manufacture was largely kept in California until the 1980s. Since then it has spread throughout the United States, and an estimated 4.7 million Americans have tried meth at some point in their lives. Now meth proves to be a big issue in the US, with emergency room visits related to the drug on the rise and its use becoming more widespread. Meth abuse is very dangerous, and causes problems for the person using it, their loved ones, and society in general.

This timeline was adapted from information found in the Vermont Department of Health.

Calls to numbers on a specific treatment center listing will be routed to that treatment center. Calls to any general helpline (non-facility specific 1-8XX numbers) could be forwarded to SAMHSA or a verified treatment provider. Calls are routed based on availability and geographic location.