Immediate Effects of Methamphetamine Use 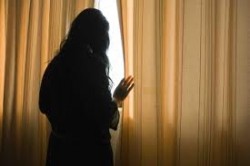 Methamphetamine can cause severe paranoia as well as violent behavior.

According to the National Institute on Drug Abuse, when methamphetamine is used, the immediate effects can come on very rapidly and may present as:

According to NIDA, “long-term methamphetamine abuse has many negative consequences, including addiction.” Addiction is a chronic condition that will never go away fully. As such, users who become addicted are always at risk of possible relapse that can result even many years following their discontinued use of methamphetamines. Additional long-term effects of methamphetamine use include:

Neurobiological Effects of Meth Use

There are a number of confirmed neurobiological effects associated with methamphetamine abuse. Users are at an increased risk of having verbal memory problems, poor motor function and long lasting risk of stroke. Parkinson’s disease is another major concern in people who use meth as according to NIDA, a recent study connected meth users with a higher incidence of Parkinson’s disease over time.