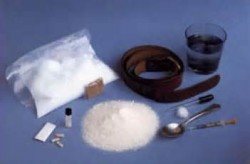 Methamphetamine and its different forms are often referred to by a variety of different slang names.

Nobody wants to imagine that their child or loved one is talking about drugs right under the nose but it happens all the time. Methamphetamine street names such as ice and glass have long been used to describe the powerful stimulant responsible for wreaking havoc on thousands of lives around the world, and these names are used right in front of those who don’t realize that the conversation taking place is actually clandestine and secretive.

Recognizing and being aware of the various street names used to describe methamphetamine can help you gain insight into a whole new world—a world in which drug users believe that they can say anything they want without anyone else knowing what it is they are really talking about. The slang and nicknames are just the beginning of a controversial subset of lingo and terminology used to describe drugs, patterns of drug use and getting high.

Street Names Related to Methamphetamine Use

Often times the names that are used to refer to a methamphetamine user are done so in lingo just like talking about the drug itself. Meth users are often referred to as tweakers, meth heads or speed freaks. These terms all result from the increased in paranoia and energy that comes with continued methamphetamine use. Additional terms that may be used to describe an individual who is abusing methamphetamine include:

Don’t let the terminology fool you, there are many names and street terms used to describe methamphetamine but this doesn’t make the drug safe. While this is not an exhaustive or comprehensive list of methamphetamine street names, it does serve as a solid starting point upon which you can build your vocabulary and understanding of just what is being said about methamphetamine abuse.