10 Signs of Amphetamine Use You Should Be Aware Of

Amphetamine can be extremely dangerous when it is used by individuals who do not have a prescription. In addition, someone who has a prescription may begin to take higher doses or more frequent doses of the drug in order to combat tolerance. This abusive behavior can lead to intense issues and side effects. If you are concerned that your loved one may be using amphetamine dangerously, here are 10 signs you should be aware of. 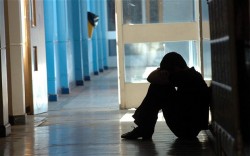 Amphetamine use can lead to problems in school.

According to the NIDA, “A growing number of teenagers and young adults are abusing prescription stimulants to boost their study performance in an effort to improve their grades in school, and there is widespread belief that these drugs can improve a person’s ability to learn.” However, studies have shown that abusing these drugs actually causes students to have lower GPAs than those who do not abuse them. Noticing that someone is studying constantly or always worrying about school but is continuing to do worse may be a sign that they are using amphetamine in a dangerous way.

Other individuals take amphetamine in an attempt to lose weight. While sometimes the drug is prescribed for this reason, many individuals abuse it without considering the possible consequences. Because the drug causes a decrease in appetite, many individuals who take it without a prescription do not feel the need to eat even when they should which leads to rapid weight loss and malnutrition. And because amphetamine causes increased activity, they burn calories that they do not then replenish by eating.

Abusing amphetamine can lead to hostile behavior in an individual, especially when someone asks them about their drug use. They will often become extremely secretive about the issue and lash out when someone brings it up. According to the NLM, “aggressive or hostile behavior” is one of the more serious side effects caused by Adderall use, a drug that contains both amphetamine and dextroamphetamine.

Certain medications, like prescription painkillers, cause a person’s pupils to contract or shrink when the individual is under their influence. Amphetamine and other stimulant drugs cause an individual’s pupils to widen or become dilated. When a person’s pupils become extremely wide, it could be a sign of an overdose. Especially when someone is abusing amphetamine and feeling the euphoric effects of the drug, their pupils will become dilated enough to be noticeable.

According to CESAR, amphetamine is likely to cause users to feel “unrealistic feelings of cleverness, great competence, and power.” Users also experience a “release of social inhibitions” which causes them to be more likely to engage in risky behavior, including that which is sexual in nature. This is one reason why many people abuse amphetamine drugs at parties. Abusing the drug makes someone more likely to act out, and manic behavior is even possible. In addition, someone who abuses amphetamine runs the risk of contracting diseases like HIV or hepatitis, either by sharing needles when injecting the drug or by participating in unsafe sex.

Amphetamine use increases many different functions of the body including

This is one reason why a person may display tremors or even motor tics when taking high doses of the drug. This sign is often serious. Though “uncontrollable shaking of a part of the body” can occur with normal, prescription-based use of amphetamine, tremors will often become worse with higher doses. In fact, amphetamine use over a long period of time could result in an “increased risk for developing dopamine-related disorders such as Parkinson’s disease” (NIDA).

People who abuse amphetamine become abnormally suspicious of others, often of their loved ones who want nothing more than to help them. This can be extremely problematic when attempting to get someone who is addicted to amphetamine into treatment. While paranoia can occur early on in amphetamine use and abuse, some individuals who take the drug over a prolonged period of time develop stimulant-induced psychosis. This disorder requires intensive treatment and care and is characterized by

Amphetamine users will often develop insomnia as a result of the drug’s ability to cause increased wakefulness and a lack of need for sleep. However, many users take the drug in a binge-crash pattern, taking as much as they can to prolong their high and their awakened state. Then, once they stop, they will experience a crash period in which they show signs of fatigue, drowsiness, irritability, and depression.

Because stimulants cause an increase in body temperature, many individuals sweat profusely when they abuse amphetamine. It is one of the more obvious signs to others, and those who experience it will do whatever they can to try and hide it. However, because they will often refuse to quit abusing these drugs, they will not be able to fully get rid of the symptom.

Amphetamine affects the mood of its users even when taken in low doses. Because the drug releases dopamine into the brain which causes the euphoric rush it gives the user, the individual becomes accustomed over time to these good feelings. When the person is not able to receive these same effects, they experience a strong negative effect in their mood, causing them to become anxious, irritable, and depressed.

Someone whose moods are constantly changing is exhibiting a strong sign of amphetamine abuse. In fact, “drug abuse may bring about symptoms of another mental illness,” specifically those of mood disorders, just as individuals with mental disorders are more likely to turn to drug abuse. Depressive behavior that quickly turns manic may be a sign of amphetamine abuse as well as that of an accompanying mental disorder.