Are there Different Types of Methamphetamine? 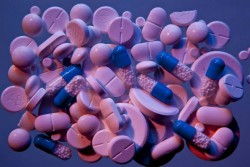 Methamphetamine is a stimulant that effects the central nervous system.

Methamphetamine, which is also called chalk, crank, glass, or simply meth, is “an addictive stimulant that strongly activates certain systems in the brain,” according to the State of Maine’s Department of Health and Human Services. This is the drug most people associate with the name methamphetamine. It is a schedule II substance, but in the state it is most often found, it has no medicinal uses.

According to CESAR, “The drug appears in powder (‘crystal’) form, which can be processed into a rock (‘ice’) or liquid form for the purpose of injection.” Most individuals smoke or inject the drug which is why its effects are so dangerous. These methods of abuse cause the drug’s effects to hit the individual’s brain more quickly and thus dissolve just as fast. For this reason, many abusers will take more and more of the drug to prolong their high.

Other side effects of methamphetamine abuse in this form include:

According to the NIDA, “Methamphetamine can be prescribed by a doctor to treat attention deficit hyperactivity disorder and other conditions.” However, it is not prescribed frequently, and other medications (such as Adderall, Concerta, and Ritalin) are often considered first before a patient is prescribed methamphetamine.

The brand name for the prescription version of this drug is Desoxyn. It is often seen as a small, round pill that is white in color and has a swirl shape imprinted on it. The prescription cannot be refilled, and doctors are extremely cautious in prescribing it, as the medication has the potential to cause many dangerous side effects. As stated by the NLM, these effects include:

In some cases, the medication can be perfectly beneficial to certain patients who truly need it. However, most doctors will not prescribe it unless there is a truly legitimate reason for them to do so.

According to the State of Maine’s DHHS, “Meth pills are a combination of the stimulants methamphetamine and caffeine. [They are] produced in Burma by groups such as the United Wa State Army and marketed predominantly in Thailand.” The street name for these pills is Yaba, and they are classified as a Schedule II drug int the Untied States.

Methamphetamine pills are orange or green in color and very small. They can even fit “inside the end of a drinking straw.” WY is usually imprinted into the tablet. These pills can cause many of the same effects that illicit methamphetamine can cause, including:

One of the biggest differences between these pills and the more common version of illicit methamphetamine is that the former are taken by mouth and ingested while the latter is usually smoked or injected. For this reason, illicit methamphetamine causes a much more intense high (called a rush) that disappears more quickly than that which is caused by the pills. These pills will also create an euphoric high, but it takes longer to hit the brain and is less intense. It also lasts longer, making a person less likely to abuse the drug in a binge pattern. These pills can still become addictive, however, when abused often and heavily.

Methcathinone is the “structural analogue of methamphetamine and cathinone.” Cathinone is a chemical compound with stimulant effects that is found naturally in the shrub Catha edulis. Cathinone can also be synthetically created, the street term for which is bath salts.

The combination drug may be referred to by the street name cat. It is commonly found as a whitish crystalline powder. Methcathinone is snorted like cocaine but is sometimes mixed into water or another drink in order to be taken orally. In other, rarer cases, the drug is injected.

Unfortunately, “little scientific research is available on the long-term effects of methcathinone.” However, it is known that the drug causes many short-term effects that are similar to those caused by amphetamine abuse, including:

The drug clearly has its own dangers, as it combines two extremely potent stimulants. However, there is just not enough information yet to allow a clear comparison between methcathinone and the other forms of methamphetamine.