According to the NIDA, “Methamphetamine is a powerful, highly addictive stimulant that affects the central nervous system.” It appears as a crystalline powder that is bitter-tasting and white in color. This powder can also be processed into a rock or liquid form. Its use is extremely dangerous, and it can cause harmful or even deadly results when it is abused.

Methamphetamine abuse causes many side effects that are not easy to remedy. Although there are versions of the drug that can be taken for medicinal purposes, the most common form of the drug should not be used because of its harmful effects. Everyone should understand how to identify methamphetamine abuse in a loved one and what to do when this issue occurs.

What Kind of Drug is Methamphetamine?

Methamphetamine is a stimulant. This means it will cause a person who takes it to feel increased energy, decreased need for sleep, and feelings of euphoria (especially when large doses are taken). However, stimulants have the potential to cause dangerous effects such as increased blood pressure, heart rate, and body temperature as well as paranoia, hostility, and unpredictable behavior.

The History of Methamphetamine

“Methamphetamine was developed early in the 20th century from its parent drug, amphetamine, and was used originally in nasal decongestants and bronchial inhalers.” A Japanese pharmacologist named Nagai Nagayoshi was the individual who first developed the drug in the year 1919.

According to the Vermont Department of Health, during World War II, “methamphetamine and amphetamine [were] given to Allied bomber pilots on long flights. The experiment [failed] because soldiers became irritable” and were unable to “channel their aggression.” These early issues with the drug mirrored both the health risks and the high abuse potential later associated with its use.

In the 1970s, methamphetamine was finally regulated by the Controlled Substances Act. Today, the drug is only a Schedule II substance, specifically because there are types which can be used to treat ADHD and other medical conditions. Therefore, even though the drug can be dangerous, especially when abused, it can still be prescribed for medicinal purposes, although powdered methamphetamine is illegal to buy, sell or possess.

Meth is probably the most commonly used term to refer to the drug and its illegal uses. However, there are many different street names used to describe the drug, along with combinations with other substances.

In addition, the term tweaking is used to refer to the act of abusing the effects of the drug for several days straight. There individuals who do so are called tweakers. According to CESAR, “Because of the tweaker’s unpredictability, there have been reports that they can react violently, which can lead to involvement in domestic disputes, spur-of-the-moment crimes, or motor vehicle accidents.”

How Is Methamphetamine Used?

According to the NIDA, “Methamphetamine is taken orally, smoked, snorted, or dissolved in water or alcohol and injected.” Because the drug is most often smoked or injected, its effects come on very quickly in a rush the user feels almost immediately after using it. In most cases, users will continue to take the drug over and over in order to sustain their high; this is what causes tweaking as well as many other issues associated with methamphetamine abuse.

What are the Short-term Effects of Methamphetamine?

The drug has many short-term effects which can be extremely dangerous. When the high from methamphetamine hits a person’s brain, dopamine and serotonin are both released causing the individual to feel a rush which, even after it subsides, leaves them awake and alert but also on edge. Other short-term effects of the drug are:

In some cases, methamphetamine use in the short term can even cause “seizures [or] sudden death” (CESAR). It is possible for someone to die from their first time taking the drug if they abuse a large enough dose.

What are the Long-term Effects of Methamphetamine? 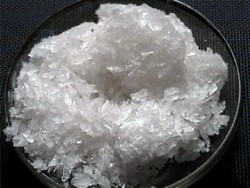 Methamphetamine use can lead to tolerance, dependence, withdrawal, and addiction.

The drug’s long-term effects are even more dangerous and difficult to predict. Those who do participate in the activity of tweaking become even more volatile and likely to behave dangerously. Stimulant-induced psychosis, a condition that mimics the symptoms of schizophrenia, is especially common among long-term methamphetamine users. This can include hallucinations, thoughts of suicide or homicidal tendencies, and severe paranoia. Unfortunately, according to the NIDA, “psychotic symptoms can sometimes last for months or years after a person has quit abusing methamphetamine.” Other side effects caused by long-term use of the drug include:

In addition, brain damage which is “similar to Parkinson’s or Alzheimer’s Diseases” can occur with daily use. This side effect also takes a very long time to become resolved and can even last for a year or more after the individual ceases their abuse of the drug. In some cases, certain damage may be permanent.

Methamphetamine is a stimulant drug that, although in some forms and at certain doses can be potentially beneficial to some individuals, is most often abused in its illicit, powder form. Dangerous side effects will most certainly be caused by its use, and those who abuse it for a prolonged amount of time will need intensive addiction treatment in order to stop.